Give us your top three bird-related movies 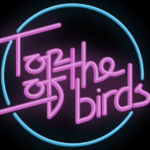 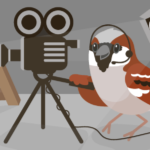 BBC Autumnwatch returns this year at the RSPB Arne Nature Reserve in Dorset, where they will host the wildlife television programme starting on the 24th October 2016.

Hosted by presenters Chris Packham, Michaela Strachan and Martin Hughes-Games, celebrating its 10th anniversary, Autumnwatch has returned to our screens after the succession of the previous episodes. One of the UK’s largest live outdoor broadcasts will bring viewers the best and the very latest wildlife action for its four day showing.

With the very latest wildlife action, filmed in one of the largest natural harbours in the world, Autumnwatch will show a range of habitats that creates such a selection of wildlife at RSPB Arne Nature Reserve in Dorset.

Returning to the popular nature reserve where they will broadcast for four days starting from the 24th October. The RSPB Arne Nature Reserve is made up of lowland heath and woodland, river, estuaries, marshes and coastal scenery. With a variety of wildlife to see including Dartford warblers, nightjars, plus species including butterflies, dragonflies and moths, Autumnwatch will be showing the very latest action.

Autumnwatch will be featuring some wildlife wonders, the crested tit will make an appearance with its ‘bridled’ face pattern and its black and white crest. Also featured is the jay, the most colourful member of the crow family and starlings, with their distinctive murmuration, to mesmerise its viewers. There will be many more species shown throughout the series.

As of yet the schedule of the programme is a surprise for viewers!

The show will return for four days in October broadcasting on: