15% OFF your first order with Garden Wildlife Direct 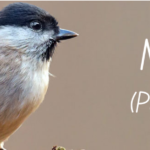 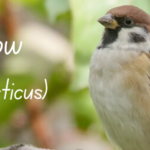 This cheerful little bird is best know for its orange breast, cheeks and throat, plump demeanor and and relatively small stature. Being an all-year-round bird, the robin is commonly seen around woodlands, hedgerows, gardens and parks...everywhere, although during the moulting period (July-August) it is rare to see one. Known for its 'cute' appearance, the robin is in fact aggressively territorial, and will fight to the death if required.

Robins are the most recognisable birds in the UK. There are significant cultural associations with the robin, especially over the Christmas period. It's not uncommon to find a picture of a robin standing on a snow-covered branch on a cold winter's day. It is the National Bird of the UK.

There's no almost no noticable difference between male and female robins. Because of their territorial nature, couples will defend their own territories throughout winter, only passively dismissing each other, yet staying together until the moulting season the following year.

THE ROBIN enjoys feasting on insects and, in particular, worms. The observant robin will even keep a keen eye on anyone gardening, wait for some overturned soil, and watch out for worms that appear on the surface.

APART FROM THIS, robins will feed from the hand, especially for such treats as mealworms, which they absolutely adore.

Habitat: Robins are one of our most beloved birds. Associated closely with winter, Robins are actually all-year-round birds that can be located in woodland, hedgerows, parks and gardens.

Robins build nest in many different places. Common nest-building materials include moss, grass and dead leaves for the main parts and hair and wool for the lining. It's not uncommon to find a nest inside a tree hole or wall.

Robins begin to breed in late March and the eggs are not glossy, but are white aND covered with blue and red speckles. The incubation period lasts between 12 - 15 days and there are around 12 - 15 fledge days.