Sparrowhawks: Everything You Need To Know 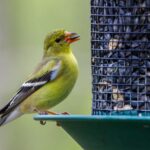 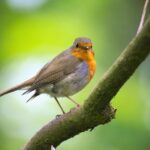 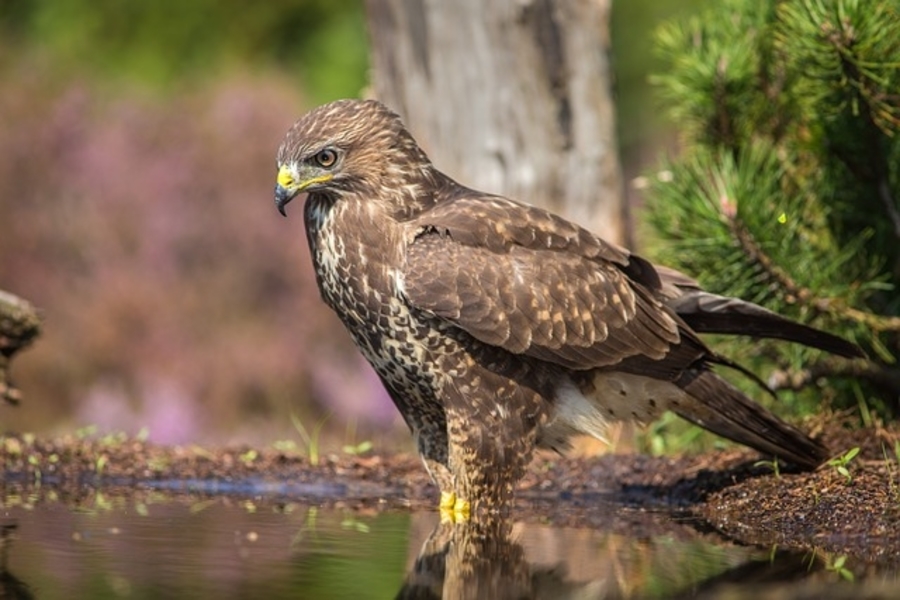 The sparrowhawk is a truly beautiful bird, and many gardeners would delight at the sight of their mottled wings flapping around their gardens. However, as intriguing as they can be, sparrowhawks are one of Britain’s most common birds of prey, and this can spell trouble for other animals and smaller birds that you have grown accustomed to seeing in your garden.

Knowing what a sparrowhawk looks like and how to stop sparrowhawks killing garden birds will help you deter these birds of prey from your garden and encourage other animals to come in peace. Here’s everything you need to know about the sparrowhawk.

What Is A Sparrowhawk?

Sparrowhawks are birds of prey adapted for hunting smaller birds in constricted spaces, usually dense woodland areas. Although sparrowhawks primarily breed in woodland, people often spot them in rural areas and open country as well as towns and cities. Usually, if their prey is abundant in an area, you can be sure that a sparrowhawk won’t be far behind. As a result, sparrowhawks can be found almost everywhere in the UK, except for areas of the Scottish Highlands, Shetland and the Western Isles. Currently, the sparrowhawk conservation status stands at amber, with an estimated populating of 35,000 breeding pairs[i].

Sparrowhawks are fairly small, usually measuring between 28 – 38 cm in length. They have striking, bright yellow eyes, yellow legs, long talons and a large wingspan, usually between 55 – 70 cm. Males have grey upper parts with an orange and brown-streaked front and a grey head with an orange-brown face. The females are bigger than the males and have streaked white and dark brown feathers[ii]. Female sparrowhawks can be up to 25% larger than males, which is the biggest size difference in any bird species[iii].

What Does A Sparrowhawk Eat?

The sparrowhawks’ diet mostly consists of small birds, with as many as 120 different species recorded. Some of the bird species that sparrowhawks will eat include:

Normally, sparrowhawks will feed on whatever species of smaller bird is available to them – this is why they often target finches around bird feeders in the garden. Usually, the male sparrowhawks’ limit is any bird up to the size of a Mistle Thrush. But female birds, since they are bigger, may go for larger prey, including wood pigeons and even male sparrowhawks. Some sparrowhawks have also been known to catch bats. However, if birds are scarce in the area, sparrowhawks may turn to rodents and small mammals for their meals[v].

When Do Sparrowhawks Hunt?

Sparrowhawks do the majority of their hunting during the day. Usually, they will hunt within the first three or so hours of daylight, remaining mostly inactive after late morning. Sometimes there can be a late burst of activity in the later afternoon hours when hawks attack birds that are coming into roosts. However, these are usually less experienced first-year hawks and is not as usual as early morning hunting[vi].

Where Do Sparrowhawks Nest?

Sparrowhawks prefer to breed in woodland areas, as they provide plenty of cover, nesting materials and easy access to prey. However, they will nest in parks, large gardens, and small wooded patches if necessary. The male sparrowhawks do most of the nest building, usually in the fork of a tree or the base of a branch. Usually, sparrowhawk nests can be found in lower parts of the canopy to conceal them from view. Although there is no preference, sparrowhawks favour conifer trees for their nests due to their height and cover[vii].

Unfortunately, if a sparrowhawk decides that your garden is the perfect hunting ground, this can have a disastrous effect on the visitations of the rest of your feathered friends. Since sparrowhawks feed on small birds, our gardens are a haven for them, providing both nesting and feeding grounds in a relatively safe area.

However, although they may seem like a downfall in your garden, you should remember that sparrowhawks are actually a good thing! Their presence suggests that the bird population in your neighbourhood is thriving. Plus, a sparrowhawk won’t affect the overall numbers of your local bird population. Many songbirds produce a higher number of young each year than necessary to maintain the population. Unfortunately, there would not be enough food or territories to sustain these numbers, and these extra birds would eventually die of starvation, predation, or disease.

That being said, if you really don’t want sparrowhawks loitering in your garden, there are a few things you can do to deter them. And fortunately, you can do this without scaring away other birds! Here’s how to stop sparrowhawks killing garden birds without affecting the ecosystem.

Bird feeders are a hot spot for sparrowhawks on the prowl because, naturally, they attract all the smaller birds. Consider enclosing them in a mesh cage to reduce the chances of a sparrowhawk snatching birds from your garden feeders. Not only will this give more birds access to perch around your feeder, but it will also ensure that no sparrowhawks or other predators can get to them. Alternatively, you could invest in some large bird proof feeders to guarantee birds’ safety in your garden without the faff.

2) Keep Bird Food Off The Ground

Ground feeding birds quickly become unaware of their surroundings, leaving them open to the talons of a watching sparrowhawk. And, since these hawks are quiet and fast, the feeding birds will only understand the danger when it is too late. Because of this, it’s important to keep bird food off the ground. Instead, choose a hanging feeder that will make the birds less vulnerable to sparrowhawk attacks. Also, make sure that you regularly check around your feeders and clean up any fallen food.

On the other hand, if hanging bird feeders aren’t an option, you could try ground feeders protected with a ground feeder guard. This way, you can continue to feed the birds without the risk of a successful predator attack.

3) Place Your Feeders Under Shelter

Strategically positioning your bird feeders is a simple way of deterring sparrowhawks. Since these birds of prey hunt from above, readying themselves to dive down as soon as they see a potential meal, giving your garden birds shelter while they feed could make a world of difference. Also, providing several safe places for birds to hide around the feeders will help guarantee their safety.

Hang your feeders under an overhang from dense trees or tall shrubbery, and provide bushy or leafy plants and thick bush around the feeders. Also, try and choose plants native to your area, as these are what local birds will be familiar with.

To slow down any hawks who may get lucky, hang strings of beads or something similar a few inches apart around the sheltered area. This will slow down the hawk and give warning to any feeding birds so they can scatter in time.

As we mentioned, sparrowhawks hunt by searching for their prey from above before diving down and snatching them. To do so, hawks often seek out vantage points that they can comfortably observe from until their prey breaks from cover. Having a beneficial spot to perch on is essential to these predators when hunting, so removing their advantage can put them on the back foot.

First, try and find their favourite perching sites. Look out for tall, individual trees, dead branches left in the open, high fences or walls and utility poles nearby. Or, if you’re lucky enough to hear a hawk in the air, try and spot where it perches.

To remove their vantage points, make sure you cut down any leafless branches and free-standing trees. Then, cap any utility poles or fences with anti-bird spikes. If possible, you should eliminate any potential vantage points within at least 100 yards of your home; even a hawk’s sharp eyes will find it tricky to hunt prey so far away.

Visual distractions are often enough to scare sparrowhawks away from an area with little fuss or harm. By hanging objects that catch and reflect the light, you can produce flashes that will scare away hawks, along with several other predators.

There are plenty of easy DIY options for garden reflectors. You could hang general domestic items such as tin foil, old discs, small mirrors, or reflective tape. For a more convenient option, there are several ready-made sensor reflectors that will do the job with zero stress.

With a combination of these sparrowhawk deterrents, you can be free of these troublesome birds of prey in no time at all. Once they realise that getting an easy catch is going to be difficult in your garden, sparrowhawks will move on quickly to find easier pickings. So, now you know how to stop sparrowhawks from killing garden birds; the sooner you implement these methods, the better!

Do you have any tips on deterring a troublesome sparrowhawk? Let us know!

Gemma Sharp is the resident writer for Garden Wildlife Direct, a supplier of premium bird food and accessories. She has had a genuine love for our feathered friends from a young age, and has dedicated a lot of her time to learning all there is to know about them. If you’re struggling to pick the right bird feed for your garden, need help identifying a type of wild bird, or can’t decide where to put a nesting box, Gemma is the person to go to! She is passionate about sharing her years of learnt knowledge with the public. In her free time, she can be found feeding birds at home with her three young boys.